The Monster Hunter International Employee Handbook and Roleplaying Game is finally available to the general public.  If you missed the Kickstarter, now you can buy it.

The game is based on the series of novels by Larry Correia.  Vampires, werewolves, zombies, etc. exist, but they are secret.  The government pays a bounty for dead monsters.  The players work for a private company that hunts monsters and collects the bounty.  The books are action and combat heavy, and I expect the game will be, also.

My book arrived today, but I’ve been reading the PDF for the last several days.  The game uses the HERO system, which I have not previously played, but it seems pretty good after a read through.

The book looks great, and is well put together.  It’s 302 pages, hardcover, and full color.  Tomorrow the group is going to try to get together and create characters and run through some exhibition combat, so that we can get a feel for it. 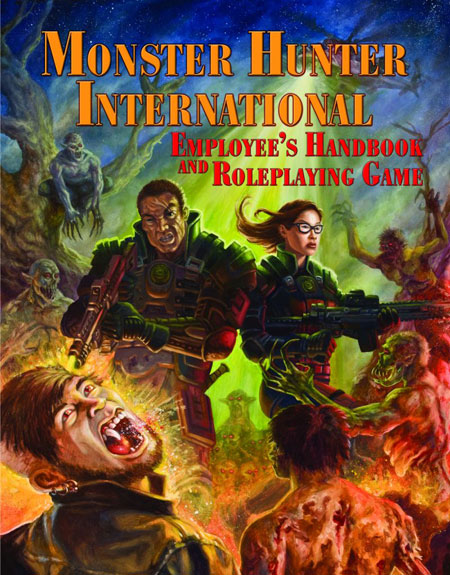 As readers of my blog know, I’ve been painting a bunch of 15mm monsters and hunters, etc for use with this game.  I took some pics tonight of minis I’ve finished in various situations, just for fun. 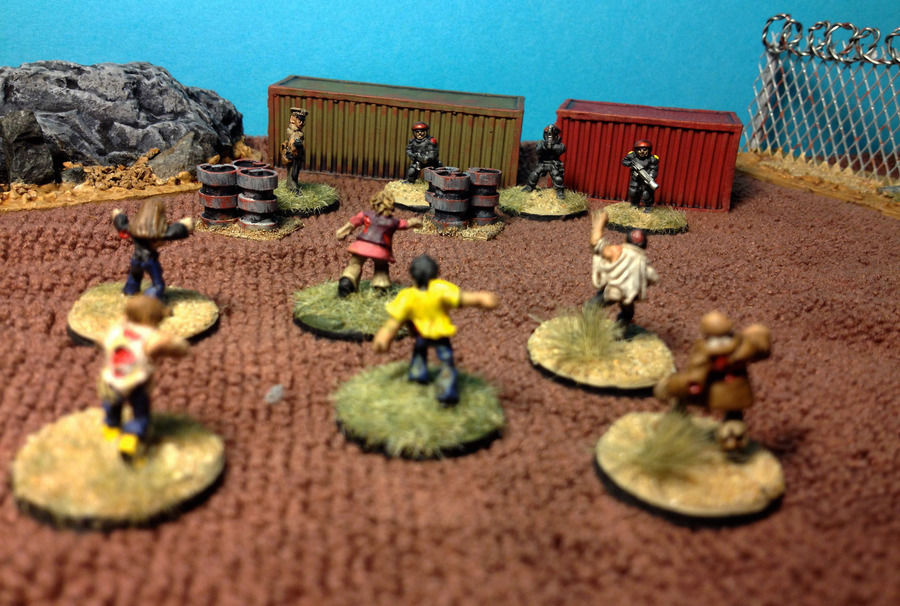 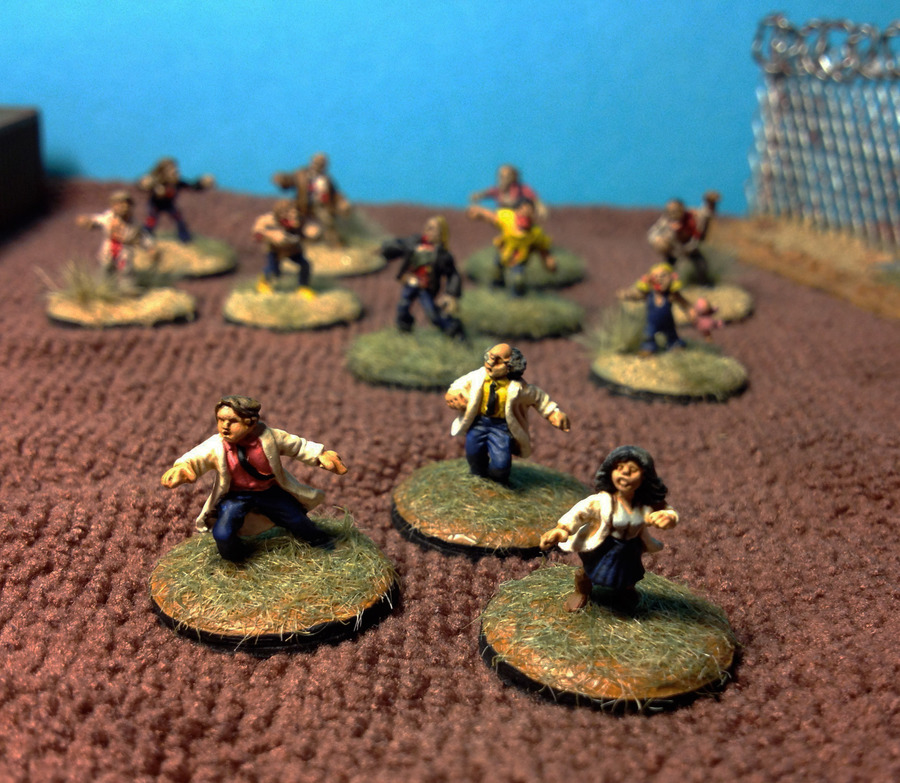 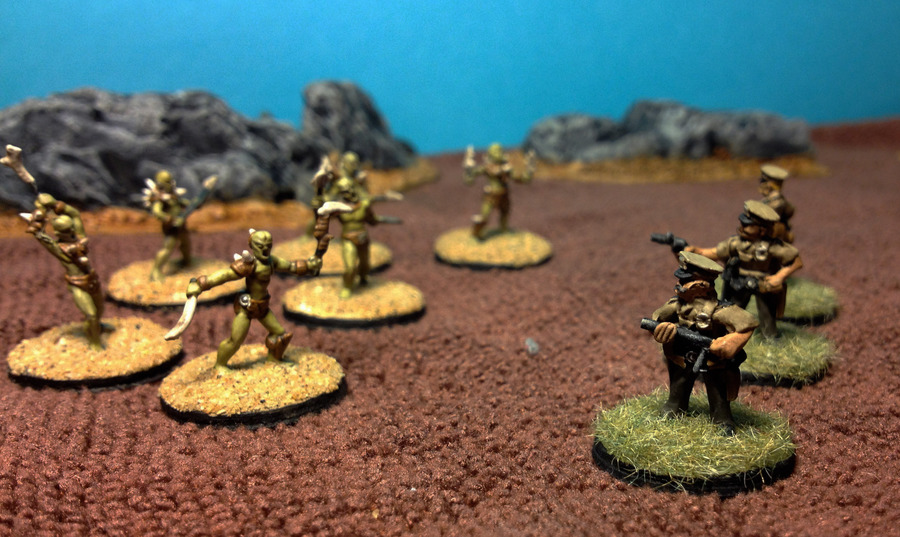 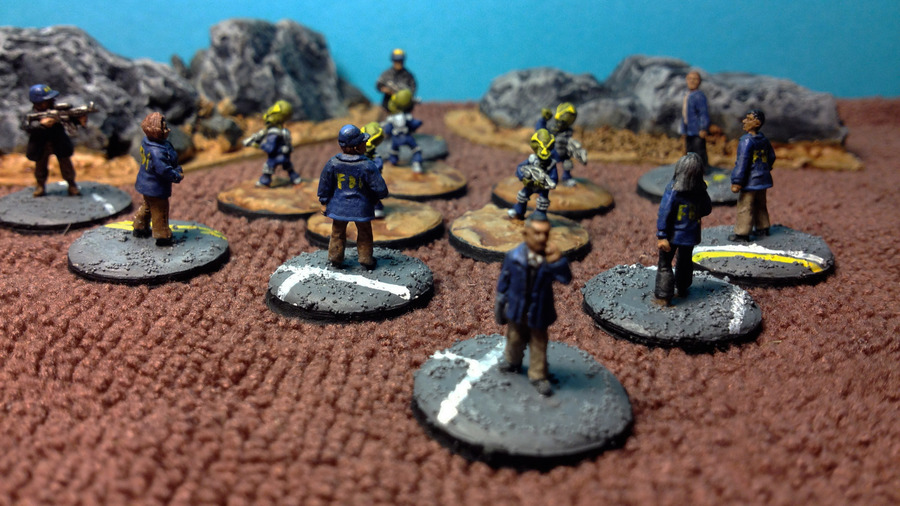 I’ll write up a report after my first play session with my impressions of the game.

I’ve made a lot of progress on the 15mm zombies today.  Eight are done and based.  That’s what you are traditionally supposed to do on Independence Day, right?  Paint and base zombie miniatures?

Painting is done.  I had just enough Dullcote left to spray them.

After the Dullcote dried, I mixed some red paint with CItadel’s ‘Ardcoat to make “wet blood” and applied that in some small areas.  The I superglued them onto Litko bases.

This is my standard vinyl spackling mixed with water and brushed onto the base to build it up even with the mini’s built in base.

I gave the spackling 2 hours to dry and then painted it.  I also painted a black edge.

One group got full on grass.

The other group got sand and grass and some grass tufts.

I wanted to show just how small these minis are.  I know a lot of people are not used to 15mm scale minis.

I’m very happy with how these came out.  8 down, 12 to go.  As I mentioned before, I intend to use these with the Monster Hunter International RPG.

I got “The Dead — Modern Zombies” from Khurasan a few weeks ago, and I got finally got started on them.  I intend to use these for the MHI RPG that I’ve mentioned in previous posts.

20 15mm scale zombies in 20 different poses.  Also, 2 werewolves in the front.  Cleaned and ready for primer. 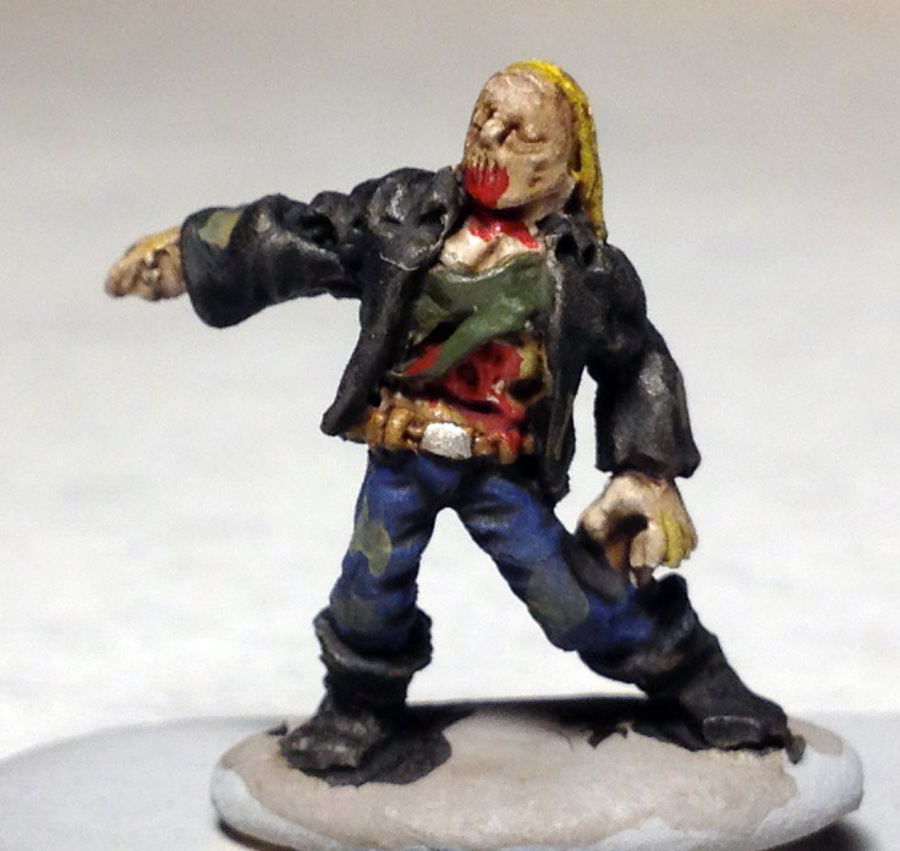 Last night I painted one.  With the 4 day weekend coming up, I hope get a whole bunch done by next week.

These 20 zombies and the 2 wolves are my Reddit painting challenge for July.