I recently got a buttload of 15mm Sci-Fi minis from the Critical Mass Games Kickstarter.  I need to paint them, so I can have a full company vs. company to try out Quadrant 13.  I looked into how to speed up the painting process, and I came across The Army Painter’s Color Primer.  They spell it “colour” but they are wrong. 🙂

I use Army Painter’s washes – Strong Tone and Dark Tone, and I like them a lot better than the Citadel washes I had used previously, so I was already feeling positive toward the company.

The genius thing that Army Painter has done here is that they have a “100% match” regular paint for each color primer.  So you can, in theory, spray your minis with the colored primer, paint the other colors, then touch up with the 100% match paint.

Anyway, I wanted to try it out before I sprayed it all over my CMG minis, so I tried it on Kurasan’s “Terror Of Clambake Beach.”  These were perfect, because they are mostly one color.

The Clambake Beach minis before and after cleanup. 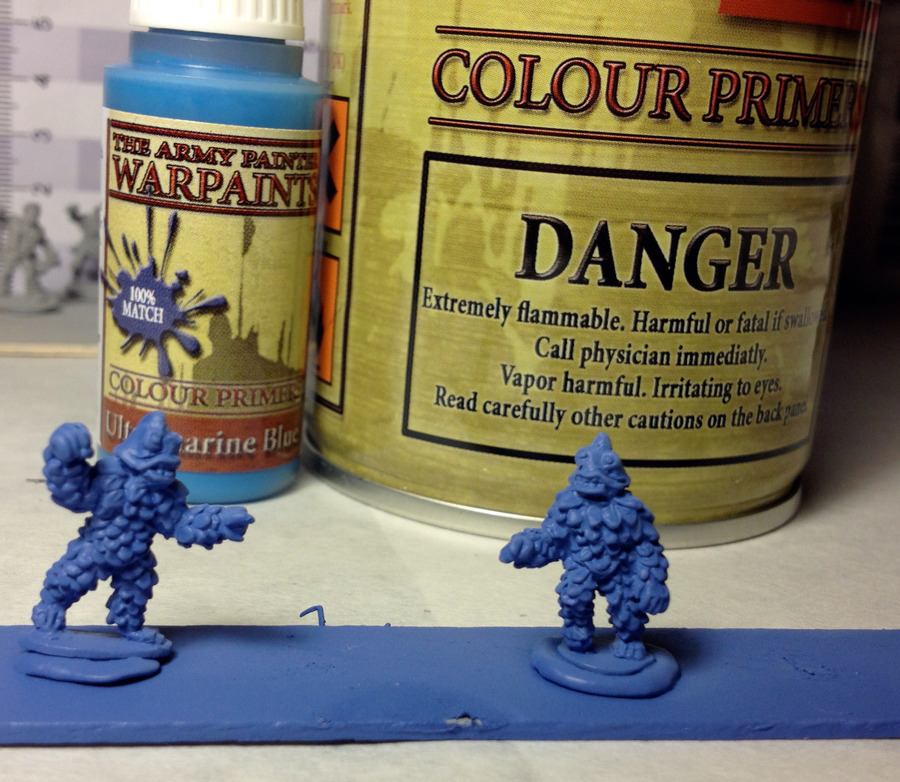 After priming with “Ultramarine Blue”.  In the back is the spray primer and the 100% match paint.

The completed minis.  I drybrushed a mix of the 100% match paint with a bit of Citadel’s Runefang Steel, then painted the eyes, mouth and teeth.  Of course I messed that up, so I had several touchups to do, and they blended perfectly.

Then I washed with Army Painter’s Strong Tone mixed with acrylic medium to thin it.  Basing was done my standard way.

The color primer really sped the whole process up.  I’m a fan.  The 100% match paints really seal the deal.  I think this will save me about 25% time when I paint the 79 infantry from the CMG Kickstarter.

I’ve become a bit of a Kickstarter addict.  I’ve pledged hundreds of dollars over the last 6 months on various miniature and other gaming related projects.  The one that started me down this path of addiction was the Critical Mass Games ZAS 15mm Mercs.

Well, today it arrived.  It’s the first Kickstarter I’ve backed that has delivered (it was the first one I pledged, so I guess that makes sense).  I pledged Mechanised Infantry Commander for £85.00.  Two full platoons of troops, four Infantry Fighting Vehicles, three tanks, and more.  The many stretch goals that were met added heavy weapons, tripod mounted guns, and more.  I did the math, and for £85 I got £120 worth of minis, based on the CMG website prices.

Below are pics of the “new” stuff.  Some of the minis that are part of the Kickstarter, like the tanks and IFVs, are existing CMG products.  The pics below are for the new minis made for the Kickstarter.

The quality of the minis is very good.  There’s some flash, and some minor mold lines, but that’s to be expected, and it’s better than most minis I’ve bought.  The detail is good, and I like the sculpts a lot.  The pics below are right out of the box – no cleanup at all. 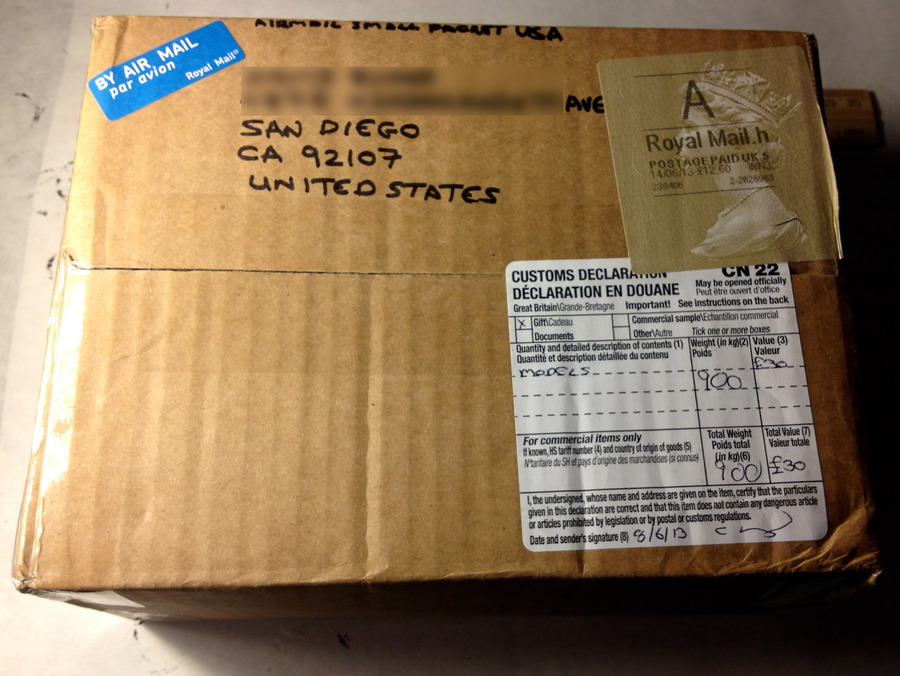 My wife texted me when I was at work that I had a package from the UK. 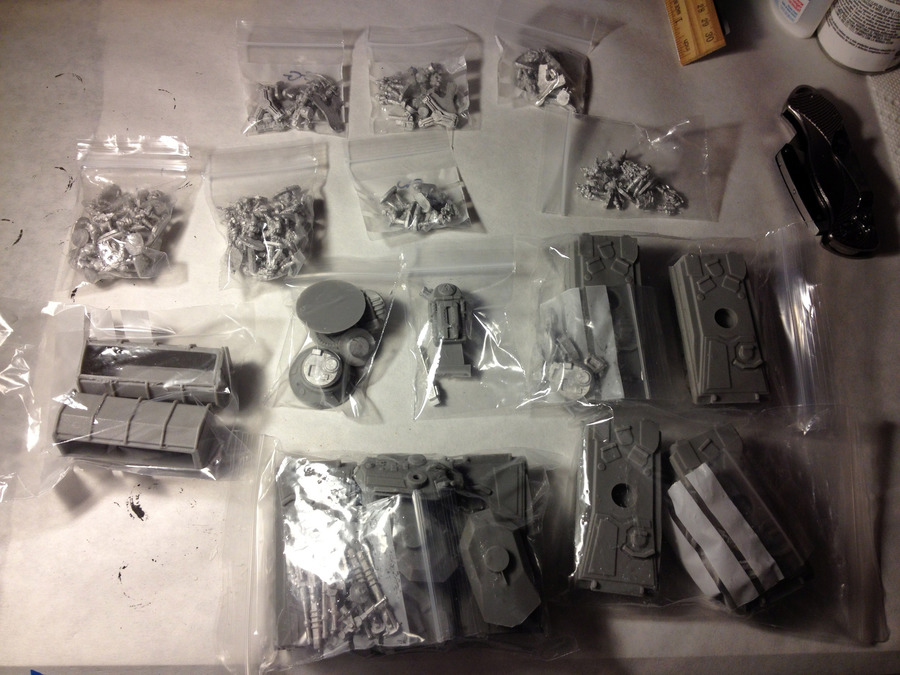 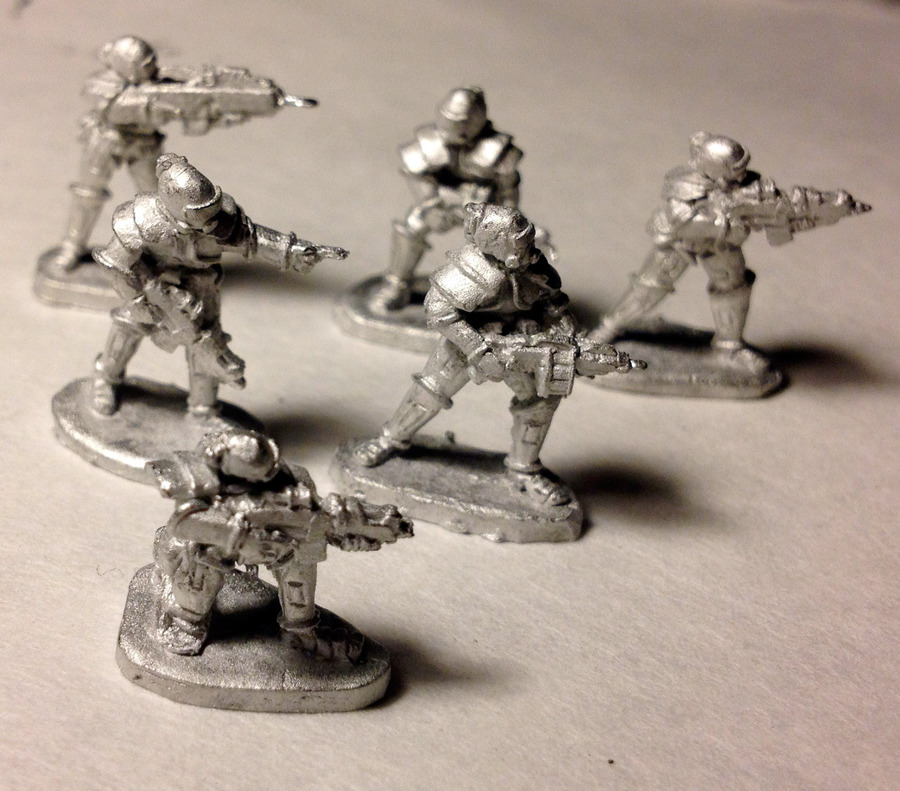 This is a single squad.  Six troops, six different sculpts.  Gotta love that.  I got eight squads like this one. 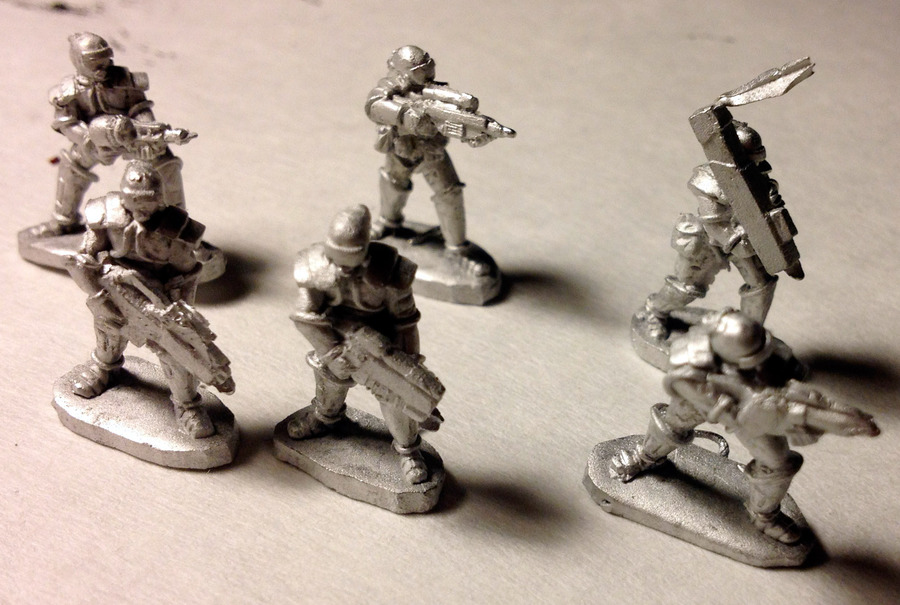 The heavy weapons squad.  I got one of these.

Two command groups (medic, radio man, commander), two drones, and one company commander.  The drones have 2 different guns, so you can choose which to use. 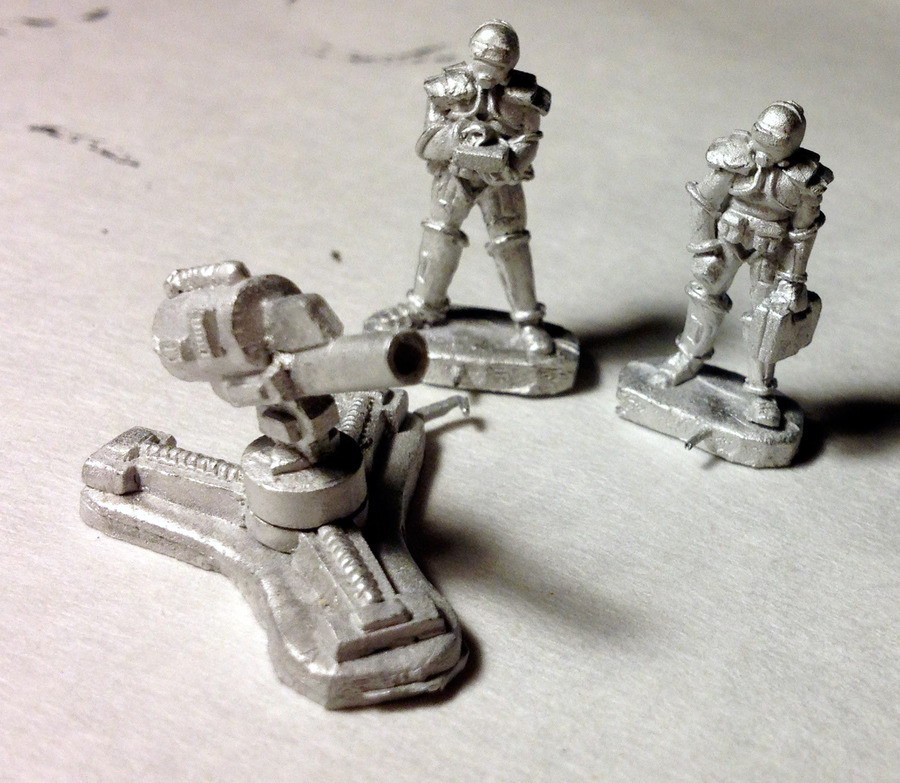 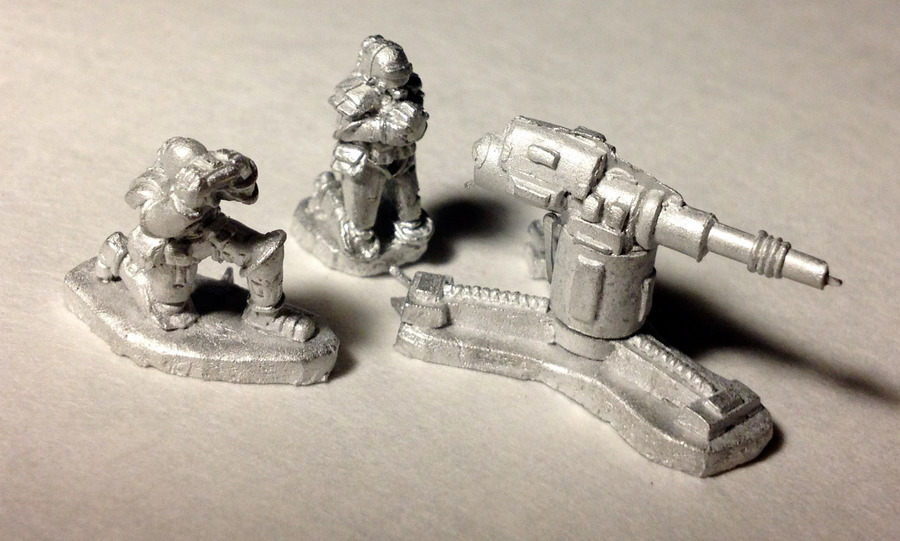 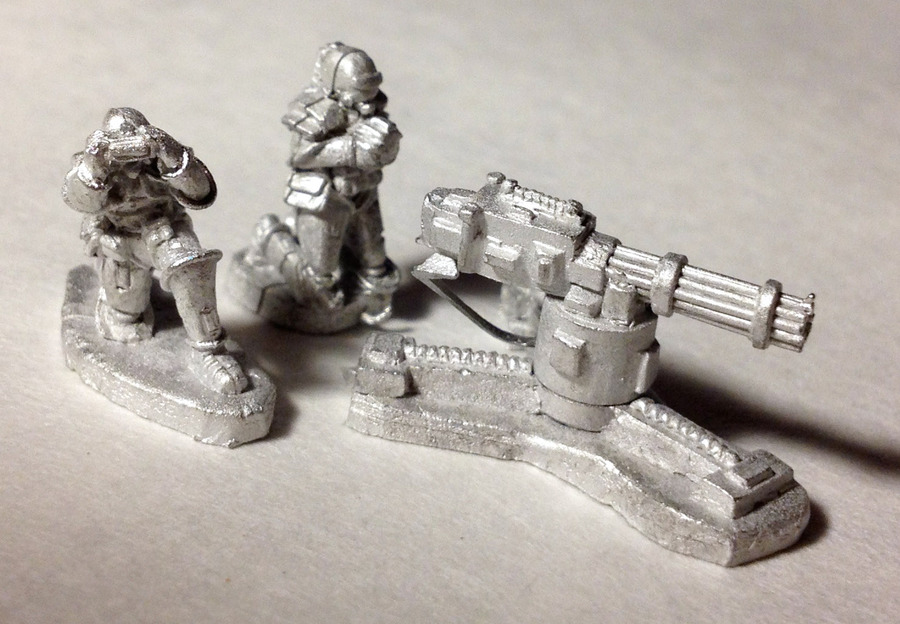 Besides the tanks and IFVs, there are 2 shipping containers, 2 objective markers and a command turret that will fit an IFV or a tank.  As I mentioned earlier, they are previously existing CMG products, so I’ve not pictured them here.

I’m totally stoked about these minis.  This doubles my force.  When I finally get these painted, I’ll have two full companies of troops.  I can finally play Quadrant 13!