I’m still on a “fun painting” kick while I wait for my bases to arrive for my GZG Spider Drones.  I just finished Khurasan’s 15mm Scientists.  They are a pack of 4, each in a different pose, but I only painted 3 of them, because the 4th pose is a dead one lying on the ground, and it didn’t really interest me.

By “fun painting” I mean I don’t really have a use in mind for these figures.  They could be the objective in a game of Gruntz, I supposed – rescue the scientists.  But I’m just painting them for fun, not for a specific game or purpose.

All cleaned up and attached to the stick with poster tack.  There was very little flash or mold lines to clean.

Painting is done and they are superglued to the wooded base.  That’s a 0.8mm wooden base, 20mm in diameter, with a magnet stuck to the bottom of it.  Both the base and the magnet are from Litko.net.

The feet on the two male figures are really small.  It’s going to be difficult to not cover them in the next step. 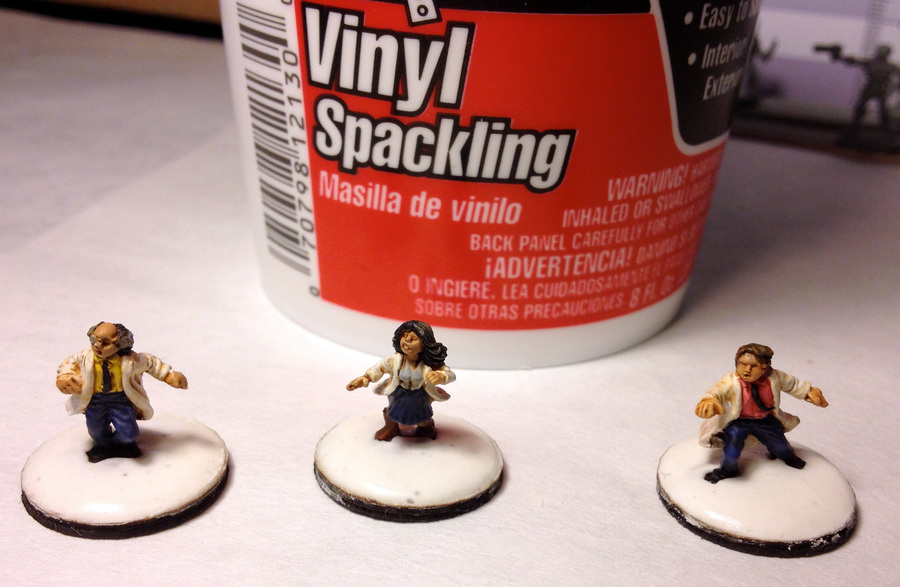 I used vinyl spackling mixed with a little water to cover the bases.  It applies easily with a brush.  In the past I’ve also mixed it with sand and very small rocks to make it bumpy, but in this case I wanted it smooth.

I gave that about 2 hours to dry and then I painted it brown, and the edge black.

I glued on some static grass, and they are done.  WIth the grass, it doesn’t really matter that their feet are so small, they are hidden in the grass, anyway. 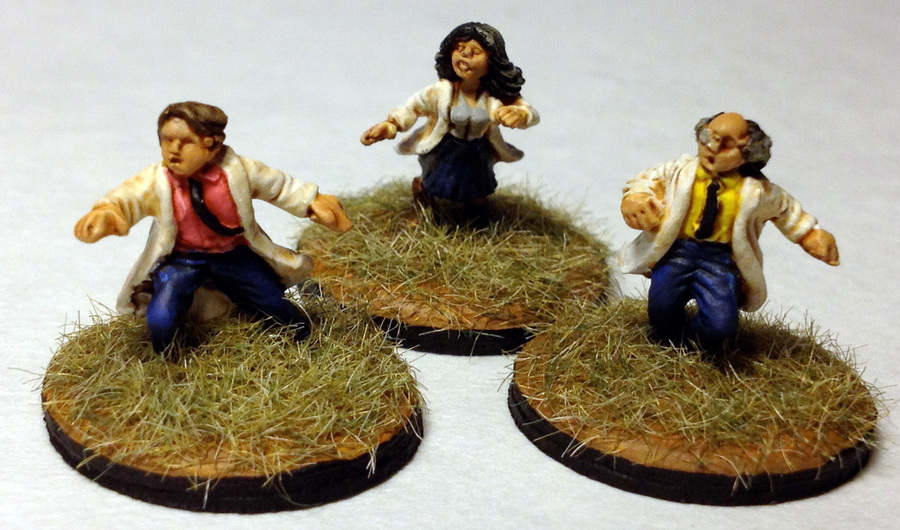 I gave the guy on the left a pink shirt, because he reminds me of my friend Derrick, and Derrick often wears pink shirts.  The bald guy on the right just makes me laugh.  I imagine him totally out of breath, scared shitless from the zombies chasing him, really wishing he was in better shape.  Also, his glasses are broken so he can’t see very well.  Poor guy.  He’s going to be zombie chow very soon.