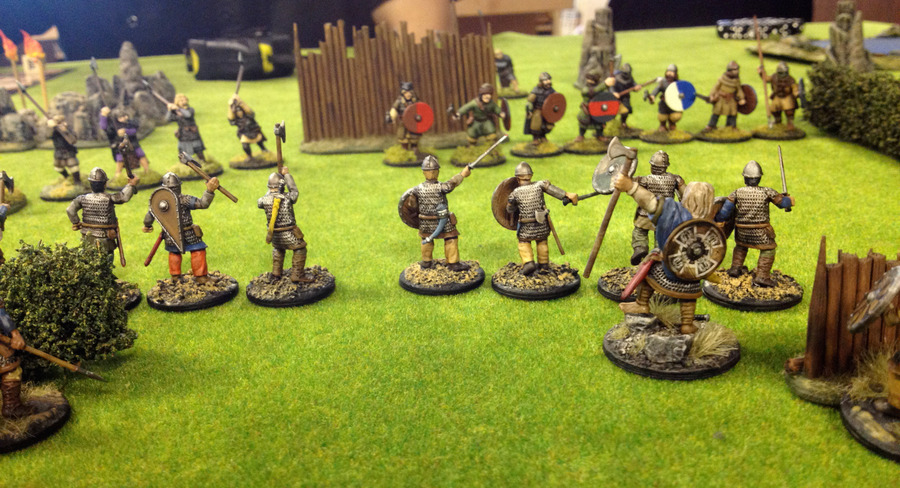 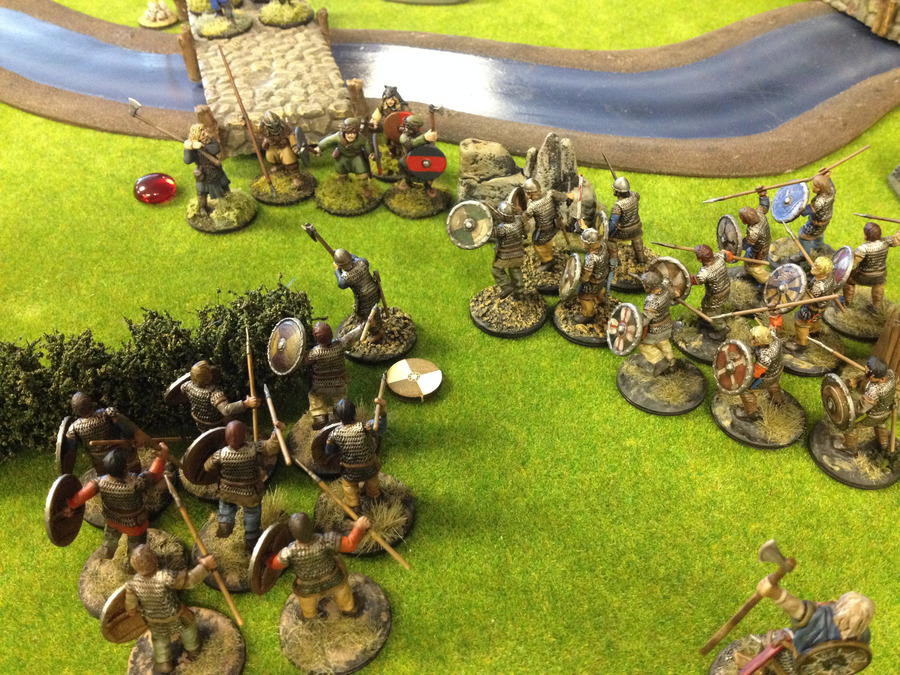 I played Dreadball at At Ease Games last weekend.  I got in 3 games in 3.5 hours, one of which was a game that I spent teaching Dreadball to a new player.

I’ve played Dreadball several times now, and it’s a really, really good game.  Do yourself a favor and check it out.

Also, I’ve been to At Ease Games several times now, and it’s a really friendly game store.  It’s a bit out of the way for me, but hey, you go where the games are. 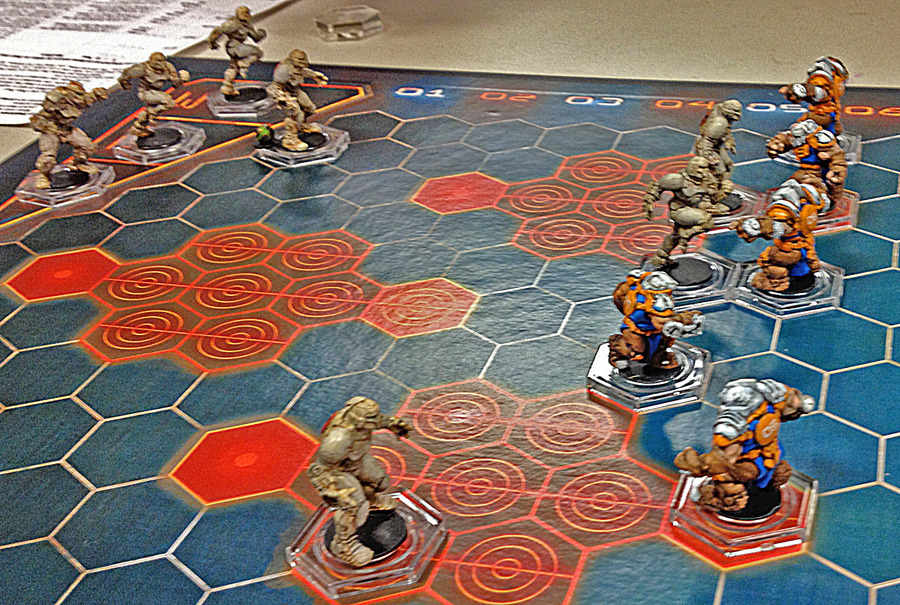 The Humans (tan) vs the Dwarves.  Notice 3 of my Humans are injured.

Humans vs the Orx/Goblins.  Notice the 3 injured humans.  Kind of a trend.