One of the great things about 15mm Sci-Fi minis is that they are so inexpensive.  An infantry figure costs around 60 cents. A tank or wheeled vehicle around $11.  Compared to some company’s 28mm figs, that is super cheap. 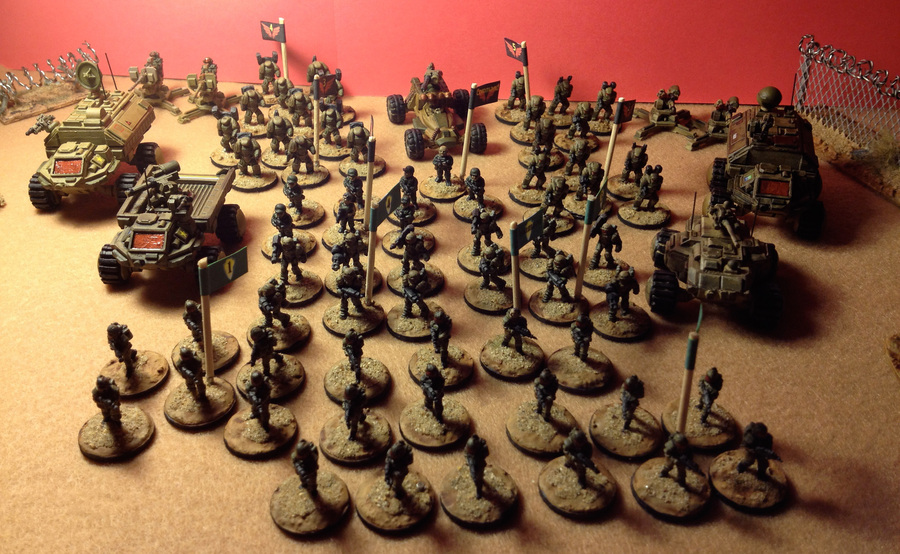 This is my 15mm Sci-Fi army, which can  be used to play Gruntz, Tomorrow’s War, Stargrunt II, FUBAR, etc. I ordered from Ground Zero Games in the UK  and Rebel Miniatures in the USA. Total cost was $85 US, not including shipping or tax. 65 infantry, 4 big guns, and 5 wheeled vehicles. 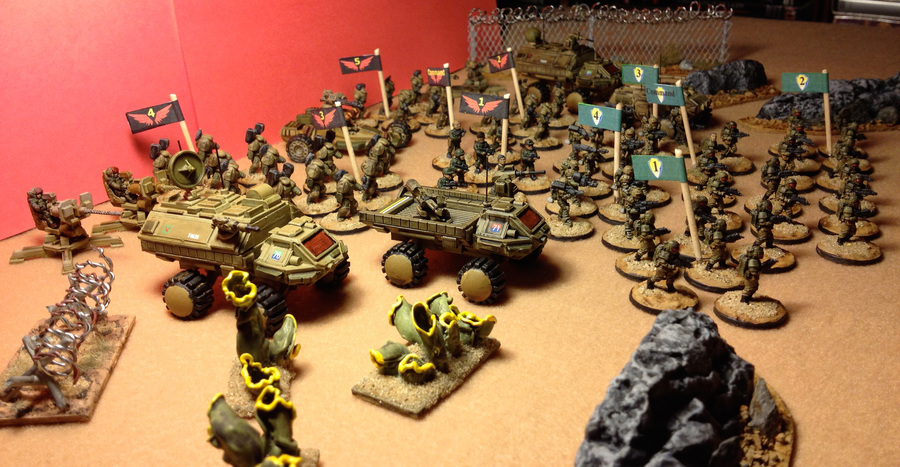 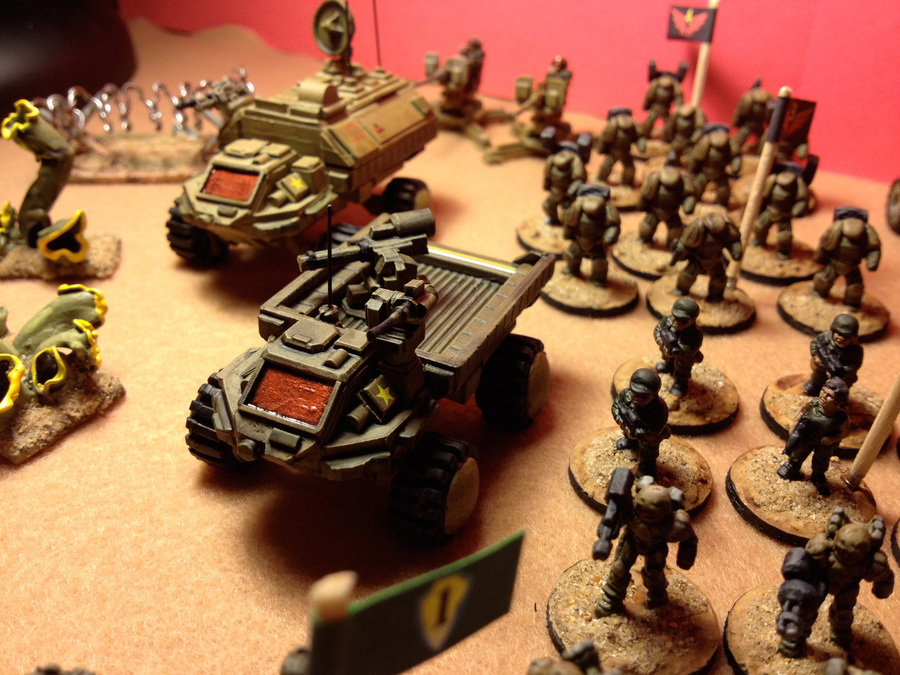 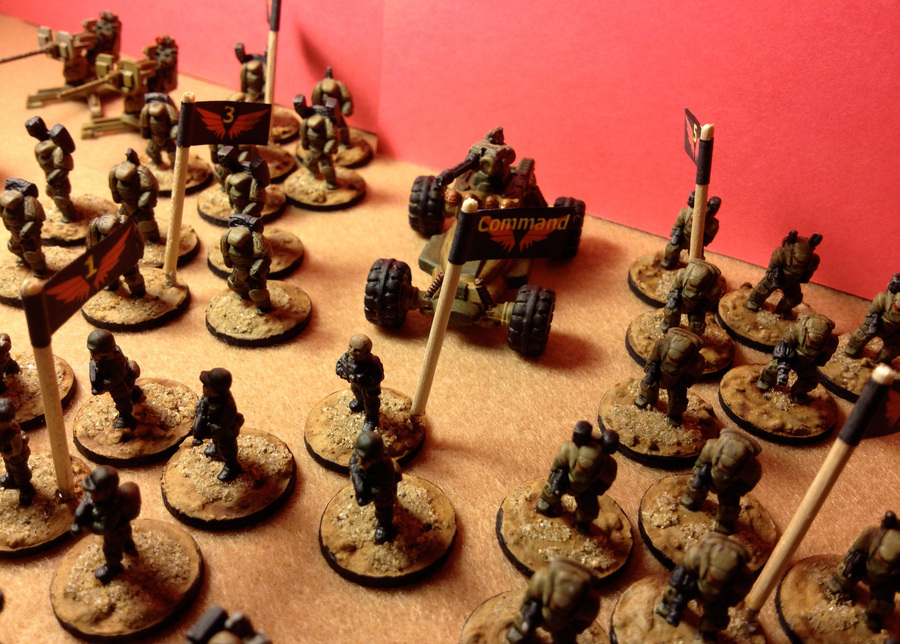 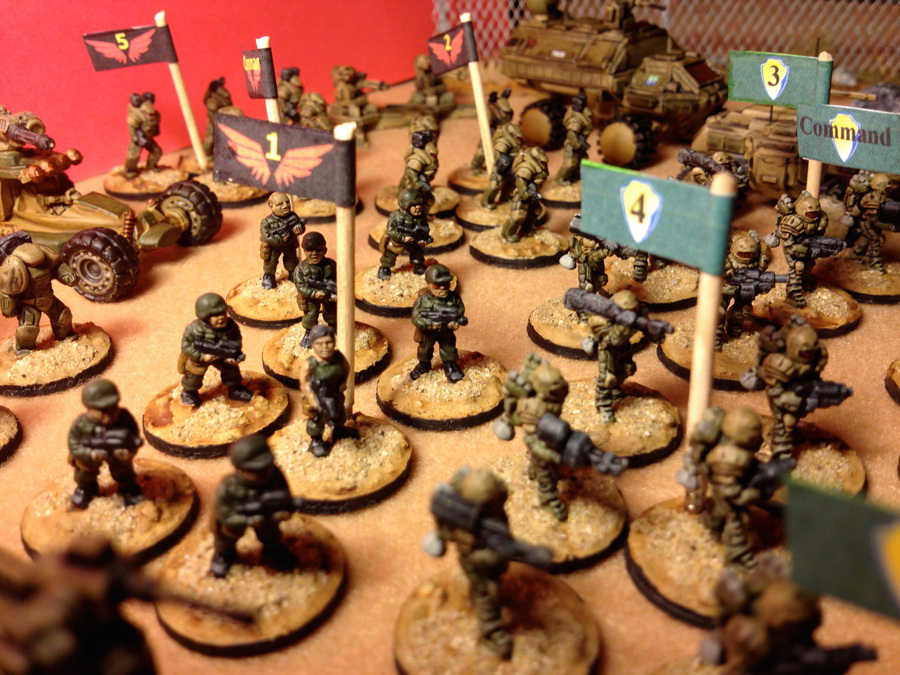 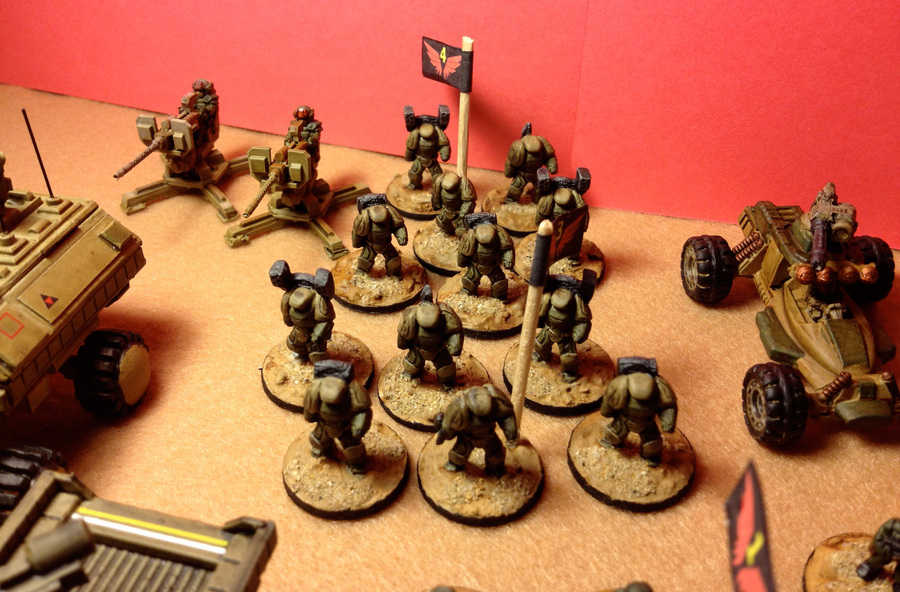 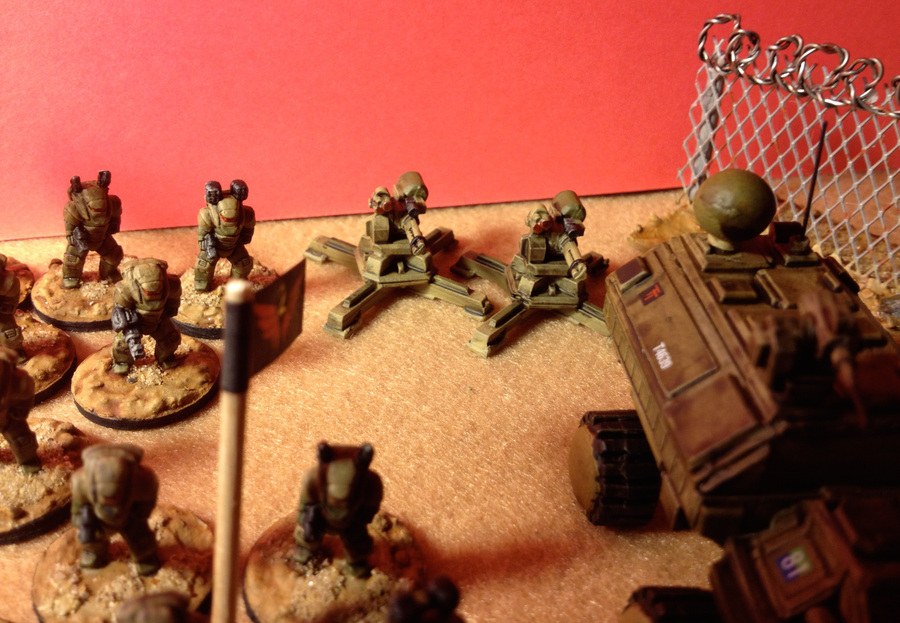 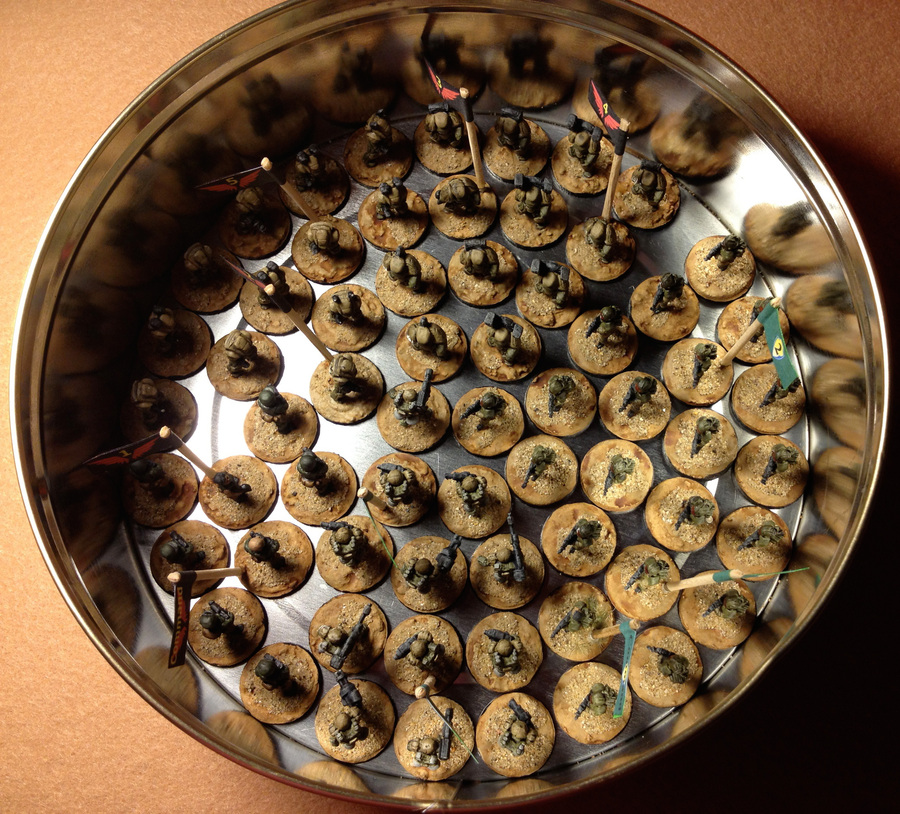 All 65 troops fit in a cookie tin.  Magnetic bases keep them in place.